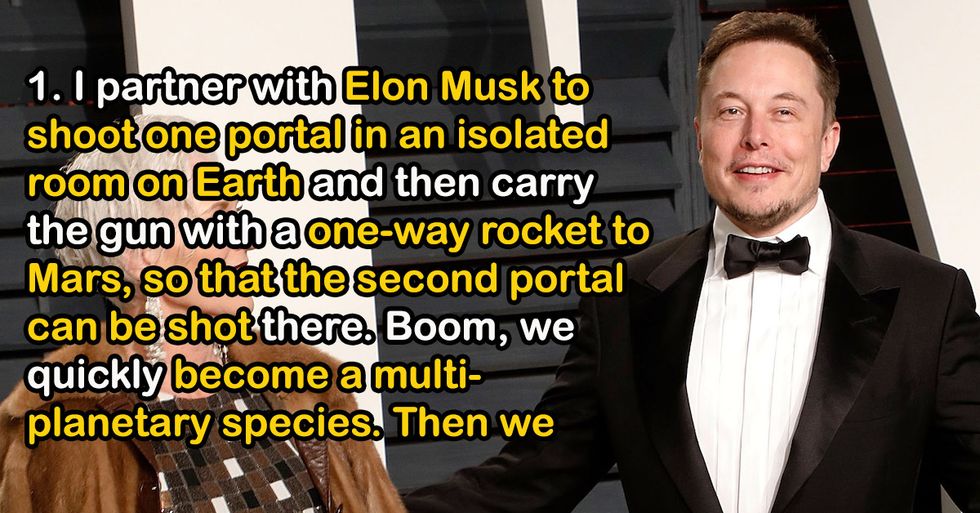 I HAVE THE POWER!

LOOK BEYOND THE UNIVERSE.

LOOK TO THE HEART OF THE SEA.

LET'S NOT GET CRAZY!

WOW THAT IS LAZY!

OR JUST GET A CAR.

FEED THE WORLD ALL IT NEEDS.

GO TO EXTREME OPPOSITE ENDS.