10 Of The Most Heartbreaking Moments In TV History. These Will Have You Reaching For The Tissues. 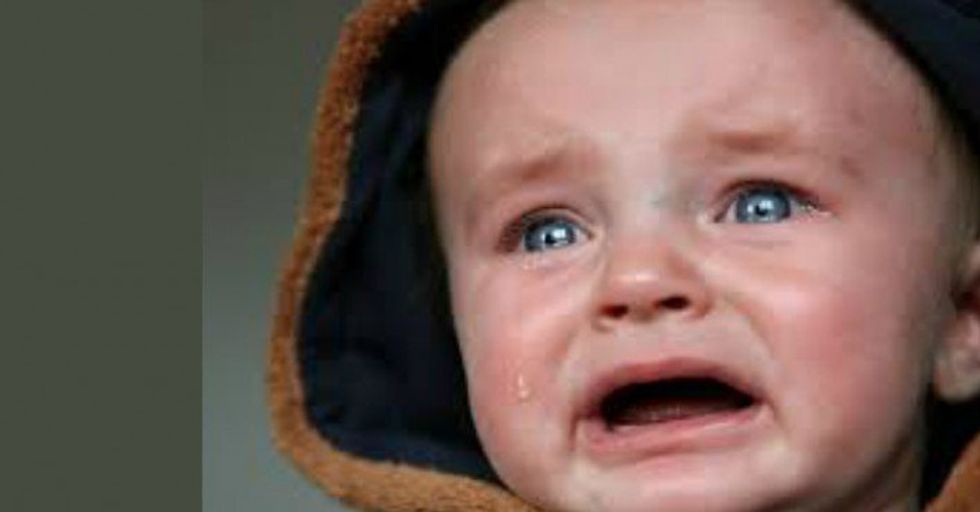 Sometimes, we all need a good cry.

As Will's father returns and leaves, again, Will bubbles over with emotion. Read the script or watch it below. Tears. Every time.

William 'Will' Smith: You ain't gotta do nothin', Uncle Phil. You know, ain't like I'm still five years old, you know? Ain't like I'm gonna be sitting up every night asking my mom "when's daddy coming home", you know? Who needs him? Hey, he wasn't there to teach me how to shoot my first basket, but I learned it, didn't I? And I got pretty damn good at it, too, didn't I, Uncle Phil?

Philip Banks: Yeah, you did.

[turns and shouts toward the door]

William 'Will' Smith: TO HELL WITH HIM! I didn't need him then, and I don't need him now.

William 'Will' Smith: How come he don't want me, man?

In 2001, Buffy lost her mom to unslayable cancer. The most heartbreaking moment is when Anya has a breakdown because nobody will explain to her what death is.

Continue to the next page for Star Trek and others...

3/10. "The Inner Light," one of the most crushing episodes of Star Trek: TNG.

In the episode, Picard gets zapped and goes unconscious. In the two minutes that he's unconscious, he lives an entire alternate life in his mind, where he gets a wife, has a family, grows old, and is a happy man. When he wakes up, he realizes it wasn't real. The whole life he imagined was only a momentary dream.

On Thanksgiving of 1983, Big Bird learned that Mr. Hooper, one of his friends, was never coming back.

The episode was done on Thanksgiving because producers wanted to air this episode at a time when kids would most likely be with a family member to talk to. They even promoted it beforehand, and warned parents that such a dark topic was coming.

Continue to the next page for more :)

5/10. How I Met Your Mother, Marshall Losing His Father

"Walter, you're the smartest man I know, but you are too stupid to see... he made up his mind ten minutes ago."

Crying yet? Continue to the next page for more heartbreaking moments.

7/10. The Office, Jim confesses his love to Pam

Jim: I'm really sorry if that's weird for you to hear, but I need you to ...hear it. Probably not good timing, I know that, I just...

Pam: What are you doing? What do you expect me to say to that?

Jim: I just needed you to know.

Pam: ...what your friendship means to me.

The episode's plot revolves around Fry, who finds a fossilized version of his dog Seymour from before he was frozen. Fry seeks to have his pet brought back to life, but realizes that it would even be possible to recreate Seymour's personality and memory.

Then, we get to see what the dog is actually up to...

Continue to the next page for the last two tear jerking moments in TV history.

Doctor Who, Amy and Rory travel in time to meet Vincent Van Gogh, who is extremely depressed, and tells them that he doesn't believe he'll ever amount to anything. Then, the three of them take Van Gogh to present day, to an exhibit. Nobody recognizes Van Gogh (obviously, because nobody's expecting him), so all four go up to a curator and ask him a question...

The Doctor: Between you and me, in a hundred words, where do you think Van Gogh rates in the history of art?

Curator: Well... um... big question, but, to me Van Gogh is the finest painter of them all. Certainly the most popular, great painter of all time. The most beloved, his command of colour most magnificent. He transformed the pain of his tormented life into ecstatic beauty. Pain is easy to portray, but to use your passion and pain to portray the ecstasy and joy and magnificence of our world, no one had ever done it before. Perhaps no one ever will again. To my mind, that strange, wild man who roamed the fields of Provence was not only the world's greatest artist, but also one of the greatest men who ever lived.

When Cathys son discovers the storage locker filled with gifts for his future birthdays, because shes expected to die of cancer and wants to always be there for him, and he starts bawling.

Know a TV buff who needs a good cry? Share this with them!