People Divulge Which Professions Get A Bad Rap

Gullible Adults Share The Dumbest Things They Believed As Children 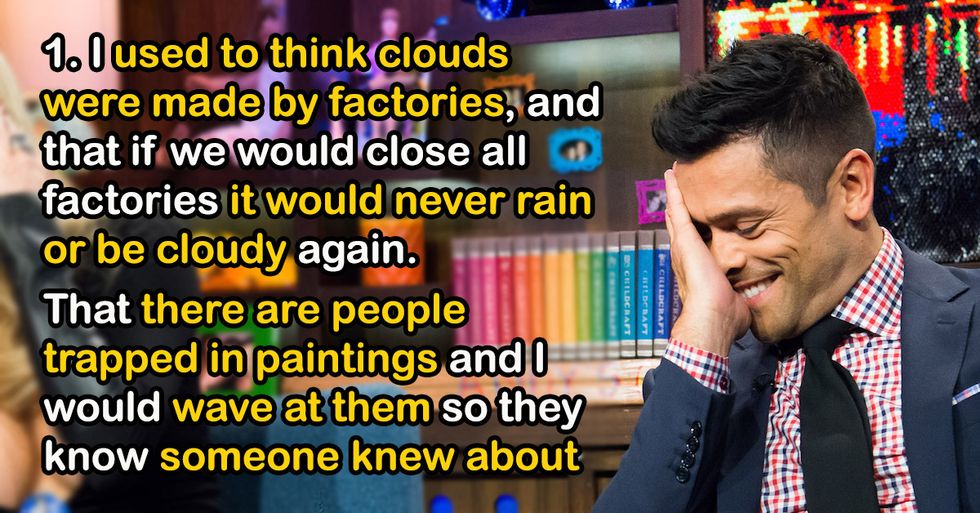 Gullible Adults Share The Dumbest Things They Believed As Children

[rebelmouse-image 18350529 is_animated_gif=
From Your Site Articles

People Explain Which One Ingredient Instantly Ruins A Dish For Them

There is nothing more satisfying than gorging on a dish with the perfect variety of ingredients creating a symphony of flavors for a completely euphoric experience.

Not all culinary creations excel at this. It depends on the individual whose taste preferences may be different from that of others.

All it takes is one ingredient to spoil the party.

Be it for reasons out of our control, or simply because we didn't allow enough time, all of us have shown up to something late at least once in our lives.

And the only thing that could make us feel worse than we already do about our tardiness, is being told "you're late."

Though it's fair to say that when someone so blatantly states the obvious, maybe they deserve a somewhat more original response?

Everyone has their own areas of expertise.

Not necessarily something related to their professional field, but more one of their great interests or passions, which they almost unknowingly learned about over time.

And as a result, should said topic arise during a group gathering or dinner party, they'll be able to talk about it for hours.

Much to the delight, or dismay, of their friends and family.

Who hasn't taken part in a fad that became passé before the year was out.

Children of the 90s probably wish they spent much less time and effort obtaining Pogs and Magic Cards than they did.

But while some frivolous fads are an almost instant flash in the pan, sometimes they are only the beginning of a pop culture phenomenon which continues to this day, with no end in sight.

Much to the dismay of many.