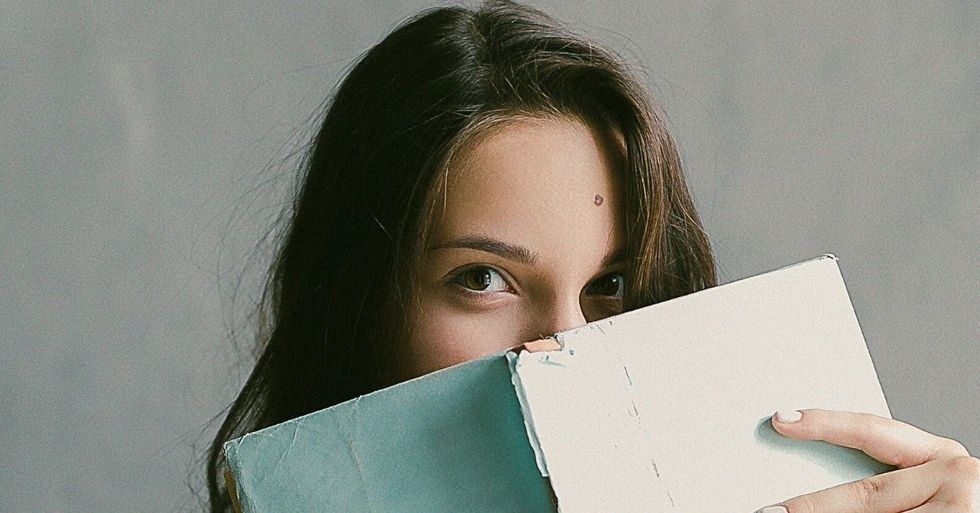 People Explain Which Facts They Learned Embarrassingly Late In Life

Listen to me ... once again ... women do not urinate from our vaginas. I'll rephrase and say it louder for the folks in the back, WE HAVE A URETHRAL OPENING FOR THAT. IF URINE IS COMING FROM A WOMANS VAGINA THEN SHE NEEDS MEDICAL INTERVENTION.

You'd be amazed how many adults - and no, not just men - don't know that.

What fact did you learn at an embarrassingly late age?

Turns out, there's a lot of stuff that we don't learn until way later than we probably should have. For some people it's a clear failure of the education system. For others it's just a matter of "I never put any thought into it."

Whatever the reason, these people managed to make it pretty far in life without knowing the following stuff, and honestly we're a little bit alarmed. Like... these people are just out here adulting free-range with no supervision... just sayin'.

I thought toilet waste was just dropped out of airplanes mid flight and disintegrated in thin air.

I had to explain to my friend last year (28YO) that the turkey we saw in the farm park was the same animal as the turkey dinner she was eating. She knew this about chicken, but... just never made that mental connection about turkey.

That the different coloured capsicums (bell peppers) are the same thing just at different ripeness.

When I was 28 I learned that flying fish are a real animal. I thought they were pretend, like unicorns!

I thought men had periods.

Hear me out, my parents and my school weren't great when it came to sex ed. When I turned 11 my nan of all people gave me a puberty book. It was really low quality looking back. It was aimed at girls but had a small section about boys' anatomy during sex. It said blood went to the penis and nothing else. I was an innocent idiot so my brain filled in the rest. So for the next 5+ years, I thought boys bleed after orgasm.

My current boyfriend was so confused when I told him why I didn't want to have sex. *facepalm*

A Different Kind Of Space

There was a big building called "The Space Center" that we'd always pass by and for the longest time I thought it was like a space camp sorta place. I was well into the teens when it finally clicked.

It's a storage facility. So yeah that was a major letdown on all fronts.

Pufferfish puff up with water, not air. It's so obvious and it never even occurred to me. I only realized how stupid I was when I read a reddit comment about a year ago pointing the fact out.

That the month is pronounced and spelled February and not 'Febuary' despite being born in that month.

The twelve days of Christmas are from Christmas to the Feast of the Epiphany sometimes called Three Kings Day on January 6th. I was raised Catholic. It's a holy day of obligation. I just never counted the days. I even wondered why it's 12 days in the song.

The fact that it's called epiphany stings a bit. I'm 45.

How rendezvous and dachshund are pronounced. I knew what the words were when spoken, obviously, but every time I'd see them written I'd get stuck. I'd try to sound them out.

I remember being stuck behind a Buick Rendezvous in traffic and sounding it out phonetically and thinking to myself "well that's a weird thing to name a car." ... In my mid 20s.

Not me, but I was talking to my best friend about how I have a lisp since the accident last year that left me without several teeth.

He replied with 'Wait, it's been a year? Why haven't they grown back?'

Me- WTF do you mean? Teeth don't grow back.

Him- No no they don't grow back, but wouldn't the new set have grown in yet or are they still coming in?

Me- New set? You only have one set of adult teeth.

God, I wish, then I wouldn't be paying $4000 for replacement teeth.

That you can't microwave foil. I somehow reached adulthood without learning this one. Went to reheat a fast food burger, and it caught on fire. You live, you learn.

I couldn't tie my shoes until i was like 12. In my defense, everybody insisted on teaching me in such a way that their hands blocked the actual process and nobody thought that was a problem and i was just being an idiot.

I only learned when my dad finally taught me by having me hold the strings and walking me through it.

I'm 46, and only learned in the last 5 years or so that ponies aren't baby horses.

I'm a guy and lived 15 years of my life thinking that babies literally grew in the stomach of their mothers. I dont know what kind of logical sense that used to make to me but i just never questioned it. And it took another 2 years when i was 17 that i learned that women didn't pee out of their vaginas.