Cashiers Break Down Which Items Cause Them To Silently Judge Customers 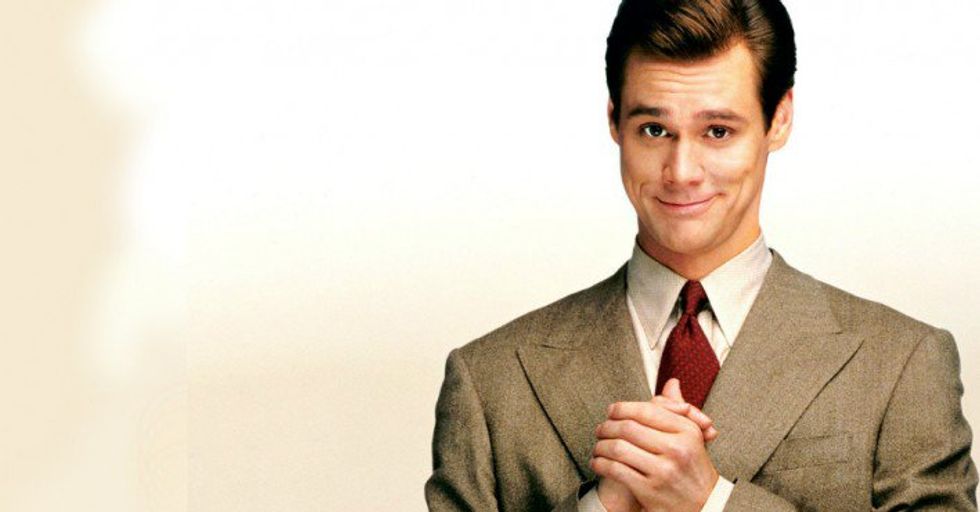 Celebrities they're people too!

1. Kesha has an IQ of 140 and scored 1500 on her SATs. She turned down a full ride to Brown University to pursue her music career.

2. Oprahs real name is Orpah. Her name was listed as "Orpah" on her birth certificate, after the biblical figure in the Book of Ruth, but people mispronounced it regularly and "Oprah" stuck.

3. The Shawshank Redemption scene where Andy and Red's chat in the prison yard, in which Red is pitching a baseball, took nine hours to shoot. Morgan Freeman pitched that baseball for the entire nine hours without a word of complaint. He showed up for work the next day with his arm in a sling. Morgan Freeman's favorite film of his own.

4. Leonardo DiCaprio was named Leonardo because his pregnant mother was looking at a Leonardo da Vinci painting in a museum in Italy when DiCaprio first kicked.

5. Jerry Springer was the mayor of Cincinnati.

6. Steve Buscemi was a firefighter early on in life. He put on his old gear and helped out at the World Trade Centre immediately after 911.

7. When Madonna moved to NYC, she worked at Dunkin Donuts. She got fired because she squirted jelly on a customer.

in Forrest Gump was actually ad libbed by Tom Hanks while filming the scene. Director Robert Zemeckis liked it so much that he decided to keep it in.

9. Sean Connery wore a toupee in every James Bond movie he appeared in.

10. Sylvester Stallone's face looks the way it does because he was born with Bell's Palsey. The left side of his face is partially paralyzed.

11. Alanis Morissette, Ashton Kutcher, and Scarlett Johansson all have twins.

12. Jim Parson's audition for the role of Dr. Sheldon Cooper was so good that creator Chuck Lorre immediately asked Parsons to come in for a second one, because Lorre wanted to be 100% sure Parsons was as brilliant as he seemed. After the 2nd audition went perfectly, Lorre cast Parsons on the spot.

13. Ryan Gosling was almost in the Backstreet Boys. He was offered a place in the band, since he lived in the same Orlando apartment complex as A.J. McLean

15. Nicolas Cage once bought a pet octopus because he thought it would help with his acting.

16. Joaquin Phoenix was raised in a cult. His parents brought him and his siblings up in the Children of God cult until 1978. After his parents disaffiliated from the cult, the entire family (Continued)

swapped continents and moved to California and changed the family's last name from Bottom to Phoenix.

17. Leonardo DiCaprio has a 38-pound Sulcata tortoise. He got the tortoise after attending the North American Reptile Breeders conference and asking for the biggest one they had. The tortoise could live for 80 years.

18. Jim Carey dropped out of school when he was 16 and worked as janitor.

19. Nicolas Cage was once stalked by a mime. I was being stalked by a mime silent, but maybe deadly. Somehow, this mime would appear on the set of Bringing Out the Dead and start doing strange things.

20. Rebel Wilson and Matt Lucas became roommates in real life after playing roommate in Bridesmaids. In 2012, they said that they were inspired by their roommate roles in Bridesmaids and decided to move in together. While living together, the two received complaints from neighbours for singing "Annie" showtunes too loudly.

21. J.K. Rowling was fired from her job as a secretary for daydreaming too much. After that, she wrote the Harry Potter books. Thank goodness she was fired!

22. In Star Wars, during the trash compactor scene, Mark Hamill (Luke) held his breath so long that he broke a blood vessel in his face. That's why many of the shots in the movie show only one side of his face.

23. Matthew Perry is missing part of his middle finger because of a door-shutting accident.

24. Lots of celebrities have strange phobias! Matthew McConaughey is terrified of revolving doors, Tyra Banks is scared of dolphins, and Johnny Depp suffers from coulrophobia de is afraid of clowns.

25. During the filming of The Avengers Robert Downey Jr hid snacks everywhere. The food he kept offering people in the movie was the actor's own personal stash - it wasn't written into the script, the actor just got hungry and would pull out food. The crew couldn't keep up with all his hiding places, so they (Continued)

The crew couldn't keep up with all his hiding places, so theyfinally gave in and let him do it.

26. Robert Downey Jr quit doing hard drugs after he ate a really shitty burger from Burger King that made him rethink his life and throw out all of the drugs he had in his car. He thanked Burger King for this in Iron Man, when Tony gets back from being a prisoner, the first thing he wants to eat is a burger from BK!

27. The creators of South Park, Matt and Trey said that when South Park was starting to really heat up, they would get calls from celebrities all the time that would ask to guest star in the show. They would say "okay, you can be a cow" or something like that, and every celebrity would decline because they didn't get the joke of a major celebrity voicing something as small as that. Clooney asked, they said "okay you get to be a gay dog" and he went with it because he got the joke.

28. Family Guy creator, Seth Mcfarlane had a ticket for one of the flights that hit the World Trade Center on 9/11, but he was hung over and missed his flight.

29. Mr. Rogers was personal friends with koko the gorilla, and when she met him the first thing she did was try to take his shoes off, since that was what he always did first in the show

30. Jack Nicholson was a volunteer fireman, which made things complicated during filming for The Shining, as he got through the prop door so easily during the later part of the film that it appeared quite obviously fake. The props department decided to use a normal door to slow him down a bit.

31. When Ben Affleck was little, he asked his mom for a dog and she tested him by making him walk an imaginary pup for a week. In the end, he only lasted five days and didn't get the dog.

32. To this day, George Clooney gives people "their money back" if they mention (Continued)

"Batman and Robin" to him.

33. Flavor Flav is a certified musical prodigy. He self taught and mastered the piano starting at age 5. He is proficient in 15 instruments.

34. Elvis was a natural blonde. He began dying his hair black in high school.

35. In Friends, Kudrow's pregnancy with husband Michael Stern was written into the show for both seasons 4 and 5. The writers didn't want Phoebe to be pregnant though so they came up with the idea for her to be a surrogate for her brother's triplets.

In the last season Cox became pregnant but she didn't have an option for it to be written into the show as it was already established that Chandler and Monica couldn't have kids, so the directors hid her stomach with props and costumes.

36. Not every celebrity grew up wanting fame! Before she got famous, Anne Hathaway wanted to grow up to be a nun. Tom Hanks was once enrolled in seminary school to become a priest.

37. Christopher Walken traveled with the circus when he was 15 as a lion tamer.

38. Natalie Portman has been published in TWO scientific journals.

39. In Indiana Jones: The Kingdom of Crystal Skull, Ford requested that more jokes be made about Indiana's age because he thought it would reduce America's paranoia with aging. He also refused to dye his hair for the role because his "ambition in action is to have the audience look straight in his face and not the back of a stuntman's head."

41. Christopher Walken traveled with the circus when he was 15 as a lion tamer.

42. Dolph Lundgren has a masters degree in chemical engineering and won a Fulbright Scholarship to study at MIT.

43. During World War II, Audrey Hepburn was a courier for resistance fighters in Holland.

The Mandela effect is when multiple people share the same, incorrect memory.

Its name stems from when paranormal researcher Fiona Broome falsely believed that the future president of South Africa, Nelson Mandela, died in prison in the 1980s.

A false memory she shared with a number of others.

Our memories have been known to deceive us, as we might frequently forget someone's name or one of our numerous online passwords.

But when we share a memory that turns out to be false with many others, convincing ourselves it wasn't the truth can be a very difficult ordeal indeed.

One last time. One last meal.

How do you chose a last meal?

Let's hope we never have to find out.

People on death row get that option.

Do they deserve it?

But they have it.

The food world is their oyster.

The menu is endless...

Most people have friends they've been close to for most of their lives.

But at the same time, friends evolve, and everyone finds themselves losing touch with any number of people they at one point considered their friends over time.

Most of the time, this isn't intentional, but just simply happens.

On rare occasions though, people might realize that their friends were not exactly who they thought they were, and didn't like who they revealed themselves to be.

People Explain Which Things You Should Never Do In The U.S.

When visiting any foreign country, one should always be familiar with the laws and customs of the land.

After all, what might be generally accepted on your home turf, might be frowned upon, if not illegal, elsewhere.

For that matter, even locals might need a refresher course on what they can and can't do while at home.