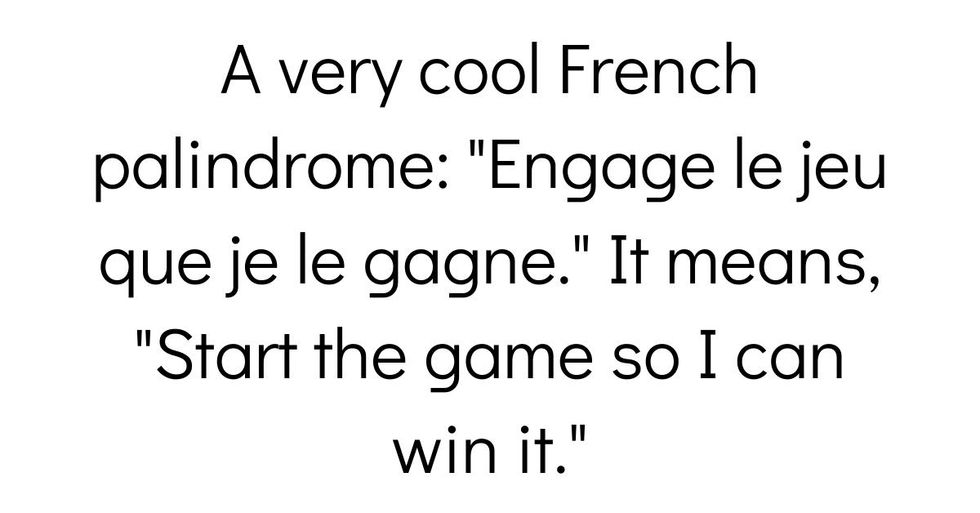 A palindrome is a word or phrase that can be read the same way forward and backwards. Think "taco cat" or "racecar."

We've all heard those simple ones, but things get so much more complicated than that? We didn't. At least until Reddit user LordOfTheBored asked:

What's the coolest palindrome you know?

We're not going to spoil things for you, but we will say things get so much more advanced than racecar that it's not even funny. You want poems, you got poems. You want a naughty list, you got it. You want palindromes that work forwards, backwards, up and down? Yup, you got that too!

A Toyota's a Toyota

It's actually the term for a fear of palindromes, which is both mean and hilarious.

Latin for: "We wander around at night and are consumed by fire."

A go to joke of mine is: ask me if I like palindromes.

I don't know about the "coolest", but I've had this username for 9 years now.

A Santa Lived As a Devil At NASA.

A very cool French palindrome. "Engage le jeu que je le gagne." It means, "Start the game so I can win it."

It's Latin for "Farmer Arepo has work wheels" and can be read from left to right, right to left, top to bottom, or bottom to top. The perfect palindrome.