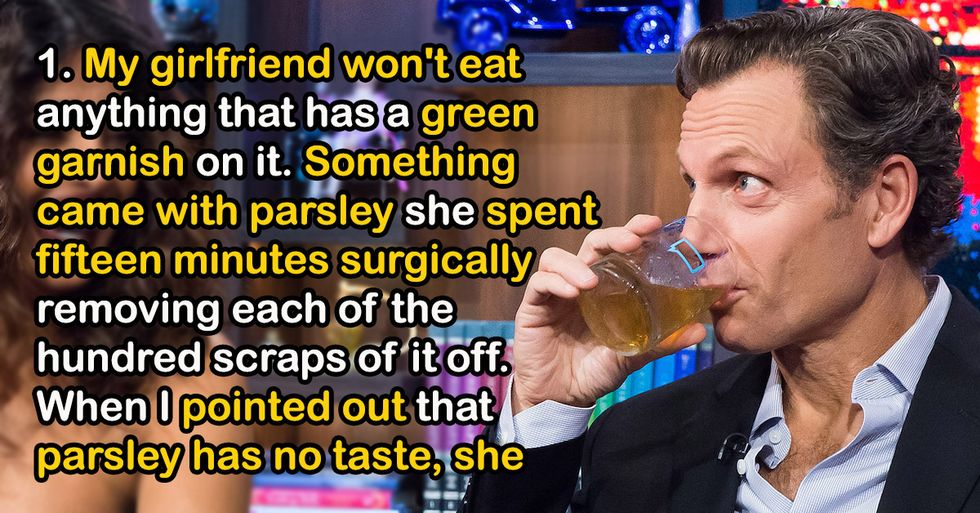 NOT EVEN ONE GREEN?

IT'S JUST A TOUCH OF COLOR.

JUST ORDER THE THINGS YOU WANT!

STICK WITH THE CLASSICS.

SIBLINGS ARE A MESS.

THERE IS AN INTERESTING PATHOLOGY.

WHAT AN ECLECTIC CUISINE.

NO SOUP FOR YOU!