Bartenders Who Received A 'Safeword' Drink Order Share What Happened

People Share Their Funniest 'Oh, That's How That Works' Stories

that's how it works
Trending Topics

A Real Drug Crime Investigator Finally Got Around To Watching Breaking Bad. Here’s What He Thought Of The Show. 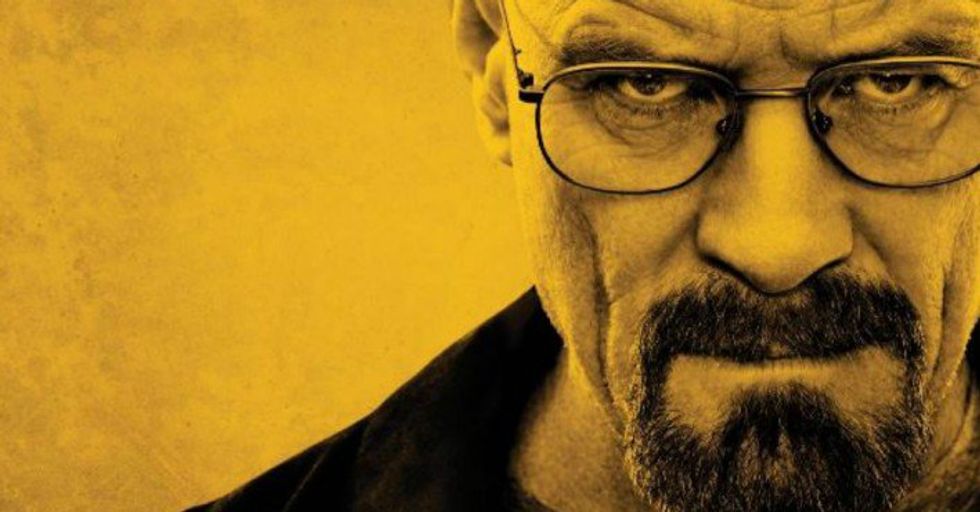 Breaking Bad was an amazing show. Whether you watched it or not, you were probably inundated with episode to episode recaps from everyone following it. With a plot line so intense, it was hard not to gush over every detail with other viewers.

But what happens when someone who belongs to that real life world - someone who deals with this stuff day after day, watches the show?

Thanks to Bob Cooke, a former private investigator for super labs, much like the one Walter and Jesse worked at, we can have the inside scoop on how realistic it actually was.

My kids have been telling for years to watch this show because of my background. I'm only half way into season 2 by way of NetFlix. I've investigated over 100 "Super Labs" and their organizations in California. Super labs are by definition capable of producing 10 pounds, or more, in a cook cycle. A cook cycle usually can be completed in 36 hours or less.

Like anything else made in Hollywood, cop shows are full of inaccuracies. But this show actually isn't too far off. Sponsors want to make money so they can make whatever changes they want.

The most significant error I see so far is when the "chemists" started using P2P (phenyl-2-propanone) when they couldn't find pseudo ephedrine. Sure, the qualitative test may show that it is 80-90% pure. But the users don't care for this old

school biker method. The P2P method is the old stinky meth that everyone remembers smelled like dirty socks when it was produced back in the 70's. Even when cleaned up and converted to "Ice" at 90% it lacks the "kick" like the pseudo method. Users refer to the pseudo and red phosphorus as like jet fuel in comparison. I've seen cases where 10 pounds and more of crystal meth was returned to the broker because the client base didn't like the "high" when used.

The Mexico based cartels created the newer methamphetamine using pseudo ephedrine and red phosphorous over 25 years ago and took control of the meth trade. It exploded in California and our state became the

"source nation" for methamphetamine. Even though smaller states like Missouri might have 900-2400 meth lab incidents, in a year, California produced more in one Super Lab than all 2400 of theirs.

Now with constraints and regulations on the sale of pseudo ephedrine these clandestine labs have changed their recipes. It is common for teams of "smurfs" to go from store to store buying all the pseudo ephedrine they are legally allowed and sell them to

As far as the violence goes I don't think they are exaggerating a bit. Violence in Mexico has grown exponentially with the growth and sales of the methamphetamine industry. Mexico labs are

producing sometimes a thousand pounds in a cycle. Their biggest problem is getting it across the border.

In conclusion? It's pretty darn good. I'm trying to catch up with the series on the weekends. Now that I'm no longer working major organized crime I can watch it on TV.

Share this with a Breaking Bad fan you know!

Some people are far more conscious of their health than others.

Be it out of obligation or self-interest, many people make a point of avoiding certain foods and products, and partaking in extreme diets and exercise plans.

Which doesn't mean they avoid unhealthy habits or products altogether.

Indeed, all of us are probably unaware that we all likely partake in eating food, using products, or even performing what might seem like everyday activities which could be harmful to our health.

Be it by happenstance or obligation.

And I see it far too often.

People need a license to drive.

A license to fish.

Let anybody do it. Sure.

So many kids deserve better.

Mirror, mirror on the wall, who is the smartest of them all?

Who is today's best and brightest?

Are they in charge of Mensa?

There are a lot of brilliant people in the world.

But if we can compare; who measures up to the greats?

People Who Have Discovered Human Remains Share Their Experiences

Finding a dead body is one of my worst fears.

The only one I've ever found was my grandma's.

She was dying of cancer so it wasn't horrific.

Blood makes me faint, so any horrific scenes will not go well for me.