6 Actors Whose Huge Requests Changed The Fate Of A Movie. 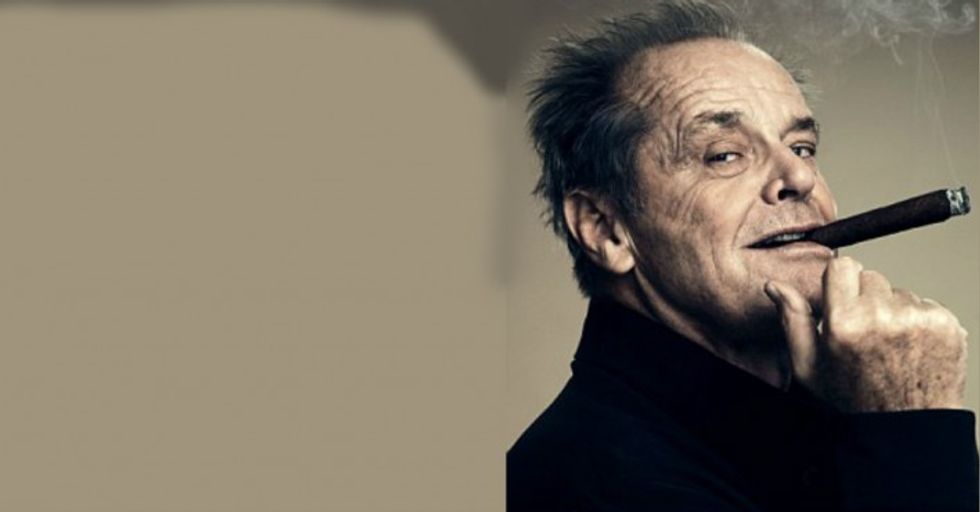 Actors sometimes have a little bit of push and pull when it comes to the script, the direction, or the setting of a movie. Here are some of the biggest examples of requests made from actors that dramatically changed the direction of the film.

Original credit to Carolyn Burke. Go check out her stuff on Cracked.

Jack Nicholson Requested A Lot More Sex For His Role In The Departed.

Jack Nicholson is a good actor, which means he can make requests and people just... go with it. As an example, when Nicholson was offered a small part in Martin Scorsese's Boston-based gangster movie, The Departed, he refused. He wasn't excited about the role. But, you know, he's Jack, and after a bit of a sitdown and a bit of a chin-wag, they found a solution: They made the part way, way bigger.

But Scorsese did more than make the part bigger; he let Nicholson help define nearly every aspect of the character. For example,

because Nicholson's a famous Yankees fan, the Boston-based Irish gangster he was playing couldn't wear a Red Sox hat.

Which is how a 70-year-old man ended up in a sex scene with two prostitutes and fistfuls of simulated cocaine. All but a few seconds of this scene were cut from the final film, but at least that must have been a fun day on the set for Nicholson.

Sam Worthington Rewrites Greek Mythology To Impress His Nephew on the next page!

Sam Worthington first rose to fame following the success of Avatar. You might remember it. It was the really blue movie.

Following this, Worthington began getting offered lots of big hero roles, which was how he found himself cast as Perseus in Clash Of Titans, a remake of a classic 1980s B-movie. During the production of Clash, everyone knew it would need to be "refreshed" a bit from its goofy source material, and Worthington took a particular interest in this editing process. Notably, he (an actor, let's keep in mind) insisted that a key character from the original movie, the creepy mechanical owl Bubo, get written out.

This was more than a gentle suggestion. He was VERY insistent that the owl be taken out. In the end, the poor benighted creature's role was reduced to a small cameo, in which Worthington's character finds it and is told, "It's nothing, just leave it."

There's more. Worthington wasn't a big fan of togas, so out they went. (Again, this is a film about Greek people.) Also, there were other issues in the script which he felt needed work. Like his opinion that Perseus, a half man, half God, should be more half man ... half man. And even though Greek mythology is almost entirely about heroes bound by inescapable fates, he didn't like that either. So out goes fate.

So yeah, pretty fundamental changes to the canon of Greek mythology. And the reason behind all this madness? He was trying to impress his nine-year-old nephew. In an interview he said, "Greek mythology, your destiny is set for you, and I thought that was another crap message to give to my nephew, because to say to him, Youre already going to be destined to do this, this and this. I believe you can make your own fate, so we played against that, so my Perseus is, to use that word again, a boisterous belligerent kind of teenager, is how Ive been playing him, who you tell him you cant do something and hell run headlong into doing him and that gets him into a lot of trouble. Hes not the Golden Boy, hes the teenager who has to learn how to grow up. Thats what I consider the main difference from the first film."

See what Angelina Jolie requested on the next page!

Prior to agreeing to star in Wanted, the most ballistically creative movie in recent memory, Angelina Jolie had some issues with the script. Not physics-related issues - no, the curving bullet stuff was all fine with her. Her problem was that it didn't feel right for her character - an assassin manipulated by sinister forces - to get away with the murder of so many innocent people. She thought it would feel truer if, after learning the true nature of her work, her hardened hitman would take her own life.

So that's the end of that, right? Wrong!

The problem is that the movie made quite a bit of money for Universal, which has left the studio anxious to make a sequel. A problem only slightly slowed down by the fact that the first film killed its biggest star and didn't in any way leave itself open for a sequel. But you know, writers are cheap. They can fix that kind of thing. Even with her character dead, the studio has been trying to get Jolie back on board the project for years.

Jamie Foxx Forced A New Miami Vice Ending By Leaving The Shoot. Find out how on the next page.

The 2006 film adaptation of Miami Vice was "troubled," as these things are often called. A demanding director, the threat of gang violence, and actual hurricanes will do that. The violence was a particularly thorny issue. One shooting location in the Dominican Republic was so dangerous that even the local police wouldn't go near it. The production apparently had to recruit full-blown gang members to provide security. But like, hey. If anybody's gonna protect you, it's them.

The gang members did an amazing job. BUT, a couple of days later, when a cop approached the set, and got in argument with a security guard, the cop was shot.

So star Jamie Foxx walked off the set. No more filming outside the U.S. for him. That's fair it was clearly not a safe place to be and he had every right to make that call.

However faced with an unfinished movie and half his main cast missing, the director Michael Mann was forced to bring the shoot to Foxx. A finale planned to be shot in Paraguay was scrapped, and the whole production was relocated to Miami. Mann ultimately felt that the new ending was the better one. Phew!

Crispin Glover signed on to film Charlie's Angels, but wasn't super fond of his lines. In his opinion, they were too expositional. His solution? If you don't have anything nice to say, don't say anything at all. Literally.

And although this was unconventional, the fact that he remained completely silenced while slowly bending over to pick something off the ground made him one of the most well-rounded character in the film.

Glover suggested that his character remain mute for the entire film, and was granted his wish.

Jack Nicholson Requested A Lot More Sex For His Role In The Departed. Read about it on the next page.

Most people know that Harrison Ford has been trying to kill Han Solo for a long time.

During the filming of the original trilogy, Ford felt that Solo's character arc - a self-centered rogue who slowly grows to believe in something greater - would have been capped off nicely with a meaningful death scene during Return Of The Jedi. You know, because nothing is quite so nice as a death.

But Han Solo didn't die in Jedi. (That was another spoiler, sorry, sorry.) This annoyed Ford, who by this point had mixed feelings about people associating him with that character. Check out this interview Ford has with David Letterman. He is nominally there promoting Blade Runner, but he gets rightfully peeved after Letterman

asks him a question about Return Of The Jedi.

Decades later, when promoting The Force Awakens on Jimmy Kimmel's show, Kimmel asked Ford if he was grateful that his character endured for so many years. Ford had to think about this a bit before answering It's a hard question to answer!

But in that same interview, he again talks openly about his desire to see the character killed off. He does it again on the same show a few months later (although for some reason, this time he isn't dressed as a hot dog, I don't know why, it's a great look for him). And then there was that Jimmy Fallon interview wherein, upon being asked if he got emotional when he put Han's costume back on, he answered, "No, I got paid."

J.J. Abrams reportedly discussed Solo's death extensively with Ford. And although we don't have evidence that Ford's side of this conversation involved seizing Abrams by the lapels and screaming "Yes, yes, a thousand times, yes," boy, we wouldn't be surprised if that's exactly how it happened. He was pretty darn set on it from the start.