30 Awesome Facts That Will Make You Miss Malcolm In The Middle. 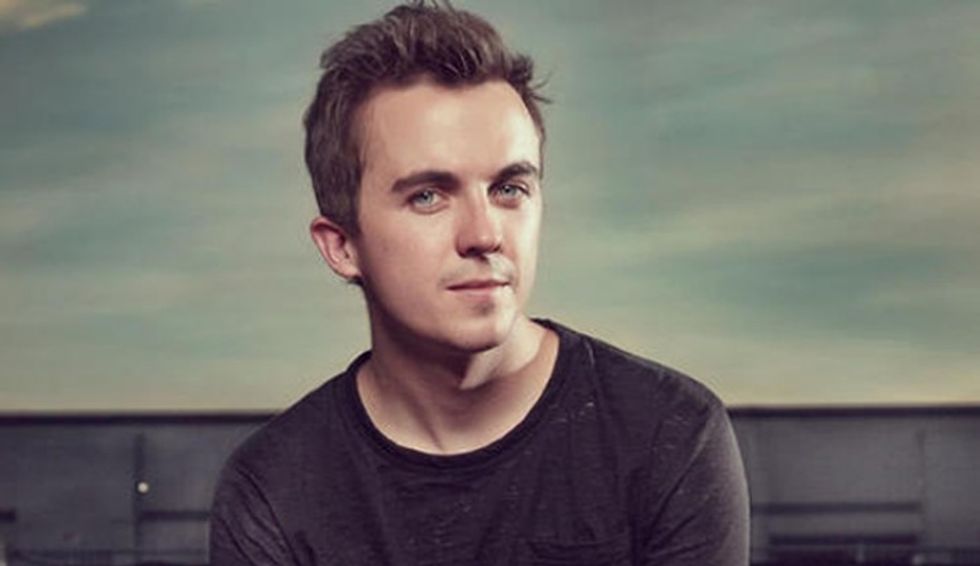 3/30. The didnt decide on Jamies gender right away. Lois (Jane Kaczmarek) gave birth to Jamie at the end of the fourth season. But the writers had not decided whether Jamie was going to be a boy or a girl, so they didnt reveal the babys gender until the following season. Jamie ended up being Malcolms fourth brother.

4/30. It was never spoken on the show, but Francis's name tag in the pilot read Wilkerson, and a joke cut from the episode had Malcolm confirming it was his surname. A running joke throughout the series became never giving the family a name, going so far as to have future name tags read Nolastname, and having the microphone screech the moment Malcolms last name was spoken in the series finale.

5/30. Aaron Paul (from Breaking Bad) desperately wanted to audition for the role of Francis, but producers didn't even let him audition. They thought he had the wrong look. Christopher Masterson, younger brother of That 70s Show's Danny Masterson, got the part.

Continue for more awesome Malcolm in the Middle facts!

6/30. Frankie Muniz almost blew his audition. The character was originally written to be 9 years old, so the then-13-year-old Frankie Muniz was upset that he was too old and almost sabotaged himself, even giving his mother a thumbs down as soon as he came out of the audition room. The producers decided to make Malcolm around the age of 12 and give Muniz the part. When the young actor found out he got it, he freaked out and started running around his hotel room.

7/30. A Little House On The Prairie actor created the show, and based Malcolm on himself. Linwood Boomer played Mary Ingalls's husband, Adam Kendall, on the hit NBC series before moving behind the scenes. Boomer, like Malcolm, had a high IQ, was the second youngest of four boys, and witnessed his mother shaving his fathers body hair at the breakfast table. He gave Malcolm an IQ of 165, even though his mother never told Linwood what his IQ actually was. When she saw the show, she still wouldnt reveal the number, but did say it wasnt as high as her sons creation.

8/30. Bryan Cranstons audition took place while they were still building the sets. Boomer claimed that he literally fell out of his chair laughing when Cranston simply put a pipe in his mouth and pretended to look at Lois and one of the kids having an argument during his audition to play Hal. Boomer described Cranstons look as someone who looked like he was "building a rocketship in his head." Cranston was hired immediately. It was the actors idea to have Hal seem distant because he had a deep inner life. It was also Cranstons idea to have his character contrast Lois by being afraid of everything, and by being obtuse.

9/30. The monster seen rising from the water in the opening credits is the monster from "Clash of the Titans" (1981).

10/30. The hamster that Dewey releases in an earlier episode of the series can be seen in various episodes after, rolling past the screen (in its exercise ball) on the ground in the background.

11/30. The producers made sure not to reveal Malcolms age at first. "We've decided not to say anything about his age on the show,'' Boomer said when the show was just getting started. It's like the city they live in. We're just saying he's attending middle school, not the actual grade level. We don't want to be locked into something. Kids are so protean with what they say, anyway. Sometimes they act like nine-year-olds and sometimes like 30-year-olds.'' Dad Hals actual profession was never mentioned either.

12/30. Krelboyne was a little shop of horrors reference. The nickname given to Malcolm and his fellow gifted students was a reference to the nerdy Seymour Krelboyne, the protagonist of the 1960 Roger Corman-directed film.

13/30. Masterson claimed some scenes with Cranstonwho directed six episodes himselftook much longer than usual to shoot because he cracked everyone up. "It is absolutely impossible to stop yourself from laughing," Masterson told the BBC. "These scenes take so long to shoot as Bryan makes everyone laugh over and over."

14/30. The 11 year-old niece of the shows costume designer came up with an idea for an episode. Alexandra Kaczenski got a "story by" credit on the season four episode If Boys Were Girls after writing a two-page outline about Lois fantasizing about raising daughters instead of sons. Linwood Boomer read it, loved it, and bought it soon after.

15/30. A privately owned home in Studio City was rented for $3000 to $4000 a day for the exterior shots of Malcolms home. The production company replaced the roof after a shingle was lost during a shoot. One family certainly lucked out!

16/30. Kaczmarek got to keep Loiss clothes after the show ended. One day soon after Malcolm had ended, she said she was watching an episode where Lois was wearing the same outfit she currently had on.

18/30. Justin Berfield, Bryan Cranston, and Erik Per Sullivan are the only cast members to appear in every single episode.

19/30. Jane Kaczmarek in real life has given birth by way of Caesarian section three times. When it came time to simulate giving birth without a C-section in the episode "Baby Part Two," Kaczmarek just imitated every other birth she had seen on television.

21/30. In the episode where Hal and the boys go to the race track, they come home to discover that Lois had gone through all of their stuff, in that pile was a pack of Morley cigarettes, the same fake brand the Cigarette Smoking Man prefers to use on "The X-Files" (1993).

22/30. The show featured no laugh track, which was unusual for a live-action sitcom.

23/30. In the episode where Hal takes the boys to the race track, it is revealed that Malcolm was named after Hal's favourite NASCAR driver, Rusty Malcolm.

24/30. Episode Reese's Party season 4 While the Hal and Lois are out of town. A meth lab is set up in the garage against the will of kids, Bryan Cranston goes on to become the Meth kingpin in Breaking Bad.

25/30. Scenes from "One Million Years B.C." (1966) can be seen during the opening credits. In one of them, Raquel Welch is shown in the claws of a monster bird. The other scene shows the fight against a giant turtle.

26/30. In the original version of the show, Otto Mannkusser and his wife are Germans. In the German-dubbed version, they are Danes.

28/30. The character of Francis would all but disappear from the show entirely starting with Season 6. For the final two seasons, Francis appeared in less than 10 out of the 44 aired episodes, despite the fact that Christopher Masterson remained in the opening credits. The character itself was changed significantly, going from the significant strides he had made to land a great job and become a responsible young adult, to once more returning to delinquent, manipulative and two-timing behaviour. Christopher Masterson during this time took more of an interest in the production of the show, as he directed and wrote for much of Seasons 6 and 7 rather than starring as his character.

29/30. It was almost a UPN show. The broadcast network that debuted in 1995 was the original owner of "Malcolm in the Middle." After four months, UPN decided Malcolm wasnt a fit for their schedule after all and let it go. Fox picked the show up immediately.

30/30. Besides the cartwheel and the headstand, Bryan Cranston did all of his own stunts. After one of the shows writers asked jokingly whether he would be willing to wear a suit of live bees, Cranston said he wouldso they wrote a script around the idea. He ended up covered in 10,000 bees, and only got stung once. However, it was not Cranston's hairy back in the pilot that gets a shave, since the glue on the hair added to Cranstons back wouldnt let the razor go through it. A casting session for hairy backs similar to Cranstons body shape took place, and it was that mans back seen in the episode.

SHARE these awesome facts with a Malcolm in the Middle fan!