Atheists Confess What Would Actually Change Their Minds About Religion

It's National Puppy Day and to celebrate I rounded up the cutest puppy items because we all know man's best friend deserves the best.

Bringing home a new puppy is a learning curve for everyone so gathering these essentials (and a few toys) can make life easier. So, when you're finished puppy-proofing the house, buying all the puppy food and personalized dog bowls you will want some extras to make sure you're truly ready for your new bestie. 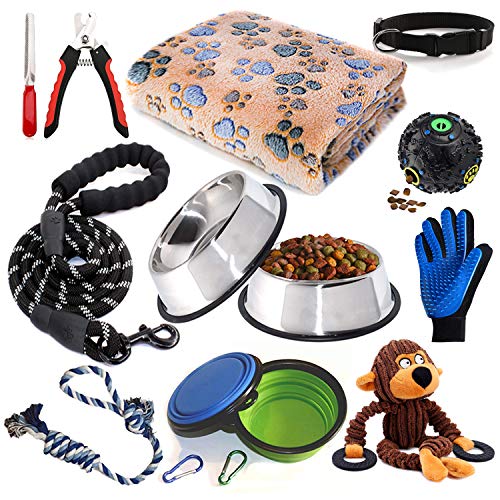 This 12 piece of dog supplies assortment is perfect for new puppy parents. The set includes puppy toys, a dog bed blanket, some puppy training supplies, a dog grooming brush, a leash, and some accessories. Basically everything except the dog food and nail trimmer.

Figuring out what to get is overwhelming, so this kit might make it a bit easier to take care of your favorite cutie. 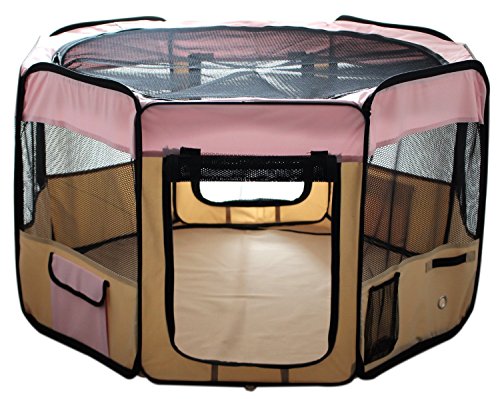 Puppies need to play and run around, a lot. So, this playpen is perfect to let them run around without getting into too much trouble.

It is also important for puppies to socialize with other dogs, so you can organize all the cute puppy play dates you want. This is a high-quality pen that will last through all those bites and playful tugs, as well as those "oopsy-daisy" pees. 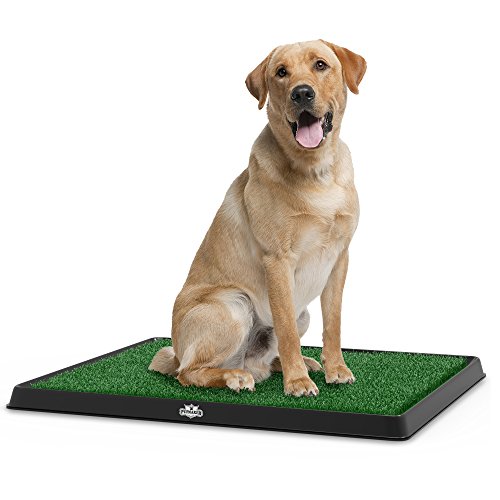 Speaking of accidental releases. This indoor restroom will make puppy training easy, breezy, and not so beautiful. I know that's Covergirl. Still, potty training involves a lot of mopping and bleach, and if there is any way to make the transition easier from peeing on the couch to peeing outside, why not try it?

Just make sure you have some poop bags handy. 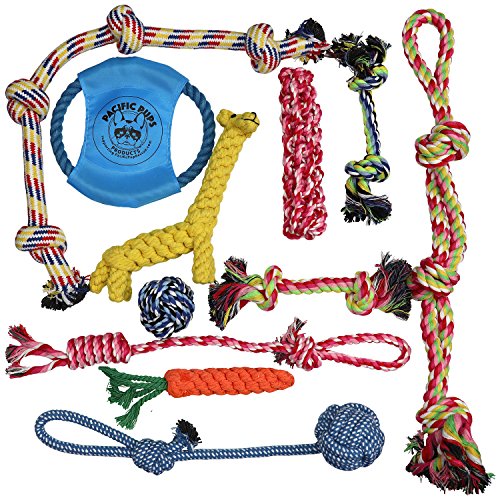 These amazing dog toys not only help your new best friend but part of the profits go to a non-profit dog rescue. So you'll be helping a lot of dogs.

The toys are perfect for tugging and pulling. Plus, there is a giraffe made of rope that's pretty adorable.

It's also perfect for dogs who are teething. The ropes help with the pain while being fun to tug with. 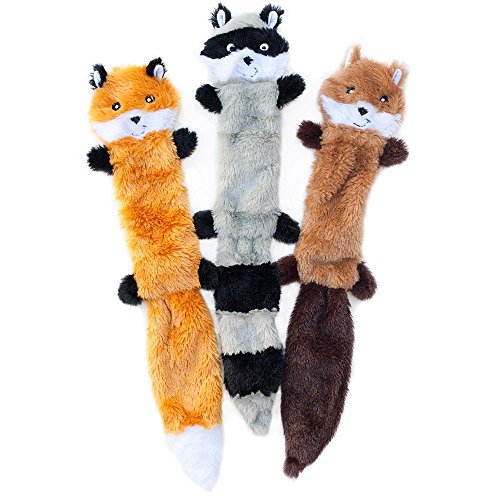 Either way, these toys are as cute as it gets. They are furry squeaky animals with no stuffing in case they break. I encourage you to name them something cute like Snap, Crackle, and Pop. Yes, I know those are the Rice Krispies characters.

Okay, I know some of you saw this on Ellen, but it's truly amazing so I'm going to talk about it. This camera can be accessed through your phone. It lets you know when your doggy is barking alone at home, and it even lets you toss some treats from anywhere. It has two-way audio, so they can hear you and you can hear them. It's a great way to stay connected when you're away, and a good distraction if you're bored at work. 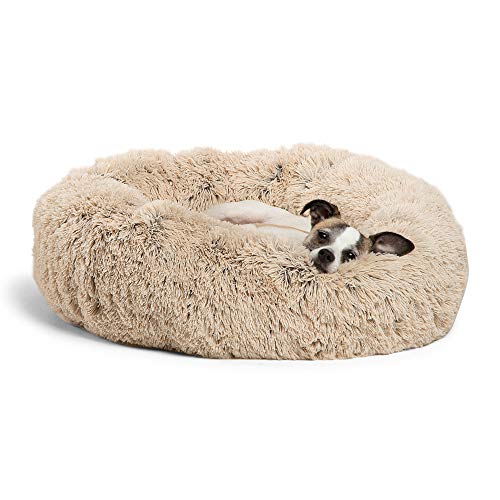 Finding the perfect bed can be hard. This donut cuddler is vegan, self-warming, and machine washable.

It is the perfect for all furry friends. It is a great start for a puppy home. They will slowly take over your whole house and you'll be glad to give it to them because of their cuteness. 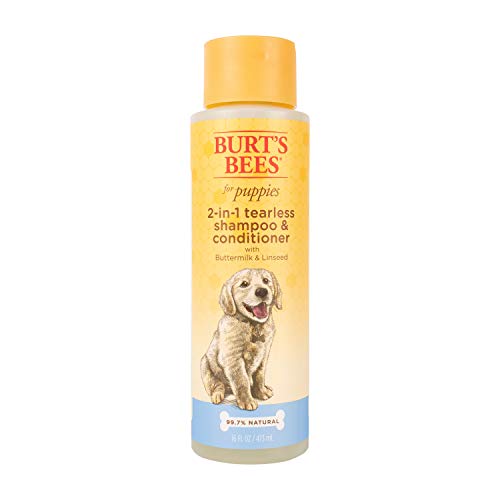 This two-in-one shampoo is basically what your ex had, except it's for dogs so it's acceptable. the shampoo and conditioner mix is made with buttermilk and linseed oil to make their fur soft and shiny.

It is all-natural and tearless, which is awesome for puppies who won't stop moving when you're trying to give them a bath. 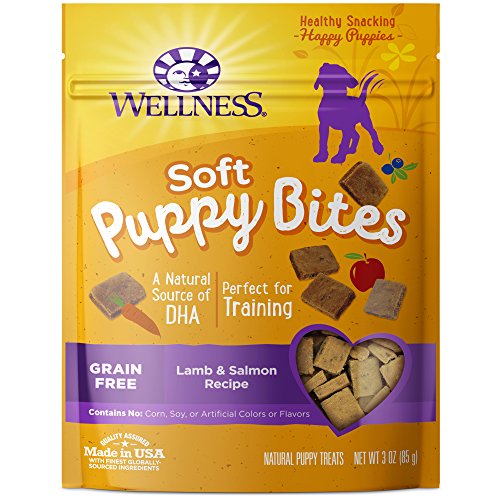 Training a puppy can be hard. You depend on tasty dog treats so you might as well make sure they are healthy. These treats will have the pup rolling and giving you their right paw in no time.

These treats are made of lamb and salmon, and they're soft so even puppies with growing teeth can learn how to sit. 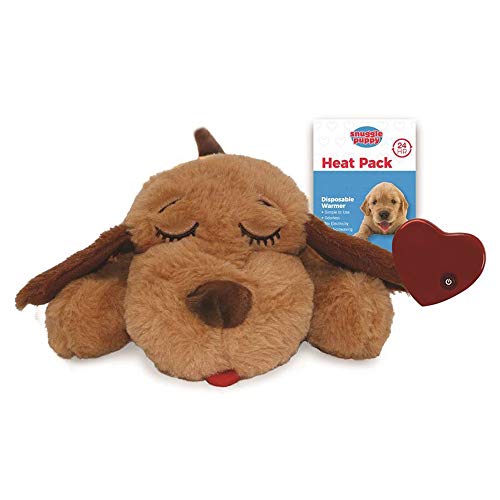 This snuggle puppy is not only the cutest toy, but it also helps train your pup. The behavioral aid toy helps with whining and barking at night so you can have a good night's sleep. It also helps reduce stress during thunderstorms or firework displays.

The snuggly toy has a heartbeat that taps into a natural instinct and helps them remain calm and feel comfortable.

Plus, it's machine washable.

We really have to let go of the purist idea of sex.

People can do whatever they want with their bodies.

And make quite a fabulous living at the same time.

Is it the dream? Probably not for most.

Is it wrong? Absolutely not.

So what if you knew somebody doing it?

Is that an issue? Why?

People Break Down How They Handle Coworkers Crying At Work

In this day and age, with the state of the world what it is... it's a miracle people aren't sobbing at every gas pump, cash register and red light.

Unless they're being used for manipulation or a tantrum.

We release emotion with our tears.

And one of the most emotional places to be is at work.

That can be a sobfest.

So what is the best way to help in that situation?

Atheists Confess What Would Actually Change Their Minds About Religion

When it comes to religion, a person either believes in a god or doesn't believe that a higher power exists.

But people are more complex than that. As we evolve throughout our respective journeys in life, we are known to vacillate between conforming to some ideas while dismissing others.

What we used to believe in no longer applies based on our negative experiences and vice versa.

Does it work the same way with faith and believing in God?

A life of convenience.

Wouldn't that be lovely?

Can you imagine driving around and only encountering green lights?

Or always having the phone battery charged?

That is what dreams are made of.

What if you were given a superpower to make all of that happen?

What would you do with it?